$15/hr minimum wage is on the state’s agenda

Democratic Legislators in Trenton are moving forward to increase New Jersey’s minimum wage to $15 per hour. 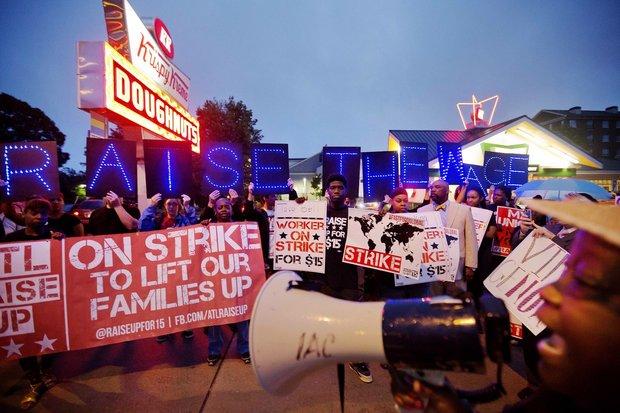 Assembly Speaker Vincent Prieto and Assemblyman John Wisniewski are leading the effort.  Wisniewski (who chairs Bernie Sanders’ campaign in NJ) says this in support of the move:

"When businesses fail to pay a living wage, government is forced to fill the gap. Essentially, taxpayers are subsidizing these low-paying jobs and, in the process, suppressing wages for everyone else in the workforce.  The American economy works best with a healthy middle class that has money in their pocket to spend."