posted by Sussex County Democratic Committee | 42sc
August 02, 2021
The SCDC is pleased to see Governor Phil Murphy sign “Laura Wooton's Law" legislation, which mandates all New Jersey middle schools teach civics classes. It is never too early to introduce children to the importance of being an engaged citizen!
“Starting September 2022, New Jersey’s middle schoolers will be required to take civics courses for two quarters of the academic year, and, taking a page from the life of Laura Wooton, will learn their roles as citizens of the United States. They will also learn of the values and principles that guide the American system of constitutional democracy and the role and limitations of a democratic government.”
Gov. Phil Murphy signed the "Laura Wooton's Law" legislation Friday, which mandates all New Jersey middle schools teach civics classes starting September 2022.

“As a very young child, I used to see my mother leave the house in the middle of the night. When she came back, it was night again," said Yvonne Hill about her late mother, Laura Wooton, the state's and nation's longest-serving poll worker. Murphy named the law after Hill's mother.

"Now of course, I know she was going to the polls,” Hill said of Wooton, a volunteer poll worker in Mercer County for 79 consecutive years. She began to volunteer a few years after she finished high school during Franklin Roosevelt’s presidency and did so until her death in 2019 at age 98.

Starting September 2022, New Jersey’s middle schoolers will be required to take civics courses for two quarters of the academic year, and, taking a page from the life of Laura Wooton, will learn their roles as citizens of the United States. They will also learn of the values and principles that guide the American system of constitutional democracy and the role and limitations of a democratic government.

Democrat state Sen. Shirley Turner was a primary sponsor and drove the bill, which passed both houses with bipartisan support in May.

"So many of our students that are graduating from high school today do not realize the impact of government in their lives and how it operates. This is a way for them to learn about civic engagement, how to listen to other people and see their perspective," Turner said.

She said the Legislature’s unanimous support for the bill was a result of a ‘wake-up call’ – the insurrection on Jan. 6 when rioters broke into the US Capitol to protest the results of the 2020 presidential election.

It was a passion project for Arlene Gardner, who drafted an early version of it and has been working with legislators through the Christie and Murphy administrations. Gardner is a long-time advocate of the importance of civics in educational curricula and president of the board of directors at the New Jersey Center for Civic Education at Rutgers University.

The law requires the sNew Jersey Center for Civic Education to provide professional development and other resources for high school social studies teachers as they begin to integrate civics into the existing United States history course. It also requires the Center to provide a framework based on existing standards that middle school teachers can use to develop civics courses.

New Jersey is one of 10 states in the nation that did not require civics to be taught in school. Not any more, Turner said. 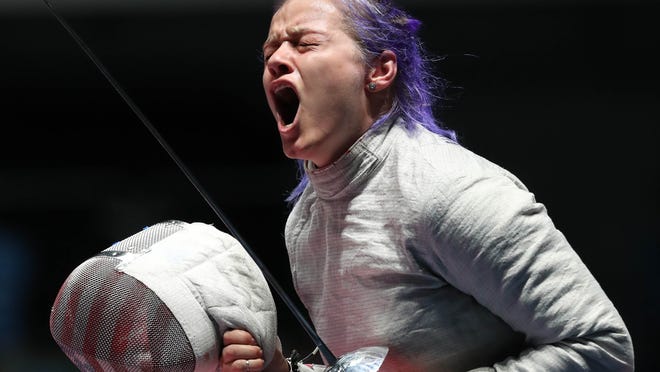 “This is a game-changer for future generations of New Jerseyians,” she said. “Studies show that only about a quarter of our population can even identify the three branches of government. And so many of our young people today cannot tell you who their senators are, but you can bet your bottom dollar they know the names of the Kardashians. The very young have the lowest voter turnout, and that is because they have not been taught,” she said.

According to the bill, the state will direct a minimum of $300,000 annually to the Center for Civic Study to build a clearinghouse of materials, professional development and technical assistance for the purposes of developing civics education in middle and high schools in the state.

Mary Ann Koruth covers education for NorthJersey.com. To get unlimited access to the latest news about New Jersey's schools and how it affects your children, please subscribe or activate your digital account today.