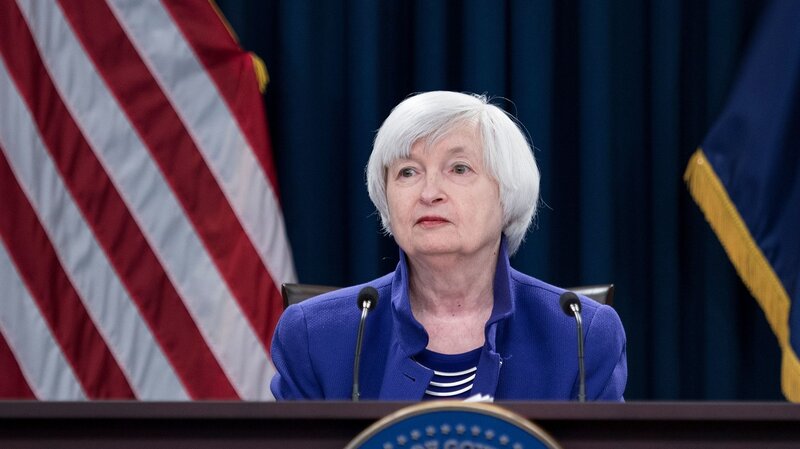 Then-Federal Reserve Board Chair Janet Yellen speaks during a briefing in 2017. President-elect Joe Biden reportedly will nominate Yellen as his Treasury secretary.

The United States has had 77 Treasury secretaries in the last 231 years. So far, they've all been men.

That's about to change.

If confirmed, Yellen would play a leading role in shaping economic policy as the United States continues to dig its way out of the deep hole caused by the coronavirus pandemic.

Yellen also made history when she became the first woman to lead the central bank, a tenure that lasted from 2014 to 2018. She was confirmed to that position, winning some support from Senate Republicans.

She was a top White House economist in the Clinton administration as well, and has won praise from progressive Democrats.

"Janet Yellen has absolutely shown a willingness to challenge corporate power and not be intimidated by big banks," said Adam Green, co-founder of the Progressive Change Campaign Committee. "That is a key ingredient as you rebuild our economy."

While the economy has bounced partly back from the pandemic recession, the recovery appears to be losing steam just as the virus is setting records for new daily infections.

The surge in COVID-19 cases has already triggered new restrictions on business activity and is likely to discourage consumers from going out and spending money as retailers are preparing for the important holiday shopping season.

Yellen echoes the president-elect in saying that controlling the pandemic is the No. 1 priority.

"I think we need a much more effective effort than we've had," Yellen told Bloomberg TV in October. "And if we have that, it will be good not only for health but for being able to open up the economy."

Yellen warned that federal aid that helped jump-start the recovery during the spring and early summer is drying up, even as new daily infections are soaring.

"Fiscal policy response in the United States has been extremely impressive," Yellen said. "But the fiscal support has now lapsed."

Emergency unemployment programs that currently support some 13 million people are set to expire at the end of December. Yellen stressed the need to extend relief for jobless workers as well as for cash-strapped state and local governments.

Yellen's appointment, which has not yet been officially confirmed, comes as Biden has pledged to appoint a diverse Cabinet.

His transition office on Monday announced that Alejandro Mayorkas would become the first Latino and immigrant nominated as Department of Homeland Security secretary.

Biden also tapped Avril Haines as director of national intelligence, which would make her, if confirmed, the first woman to lead the intelligence community 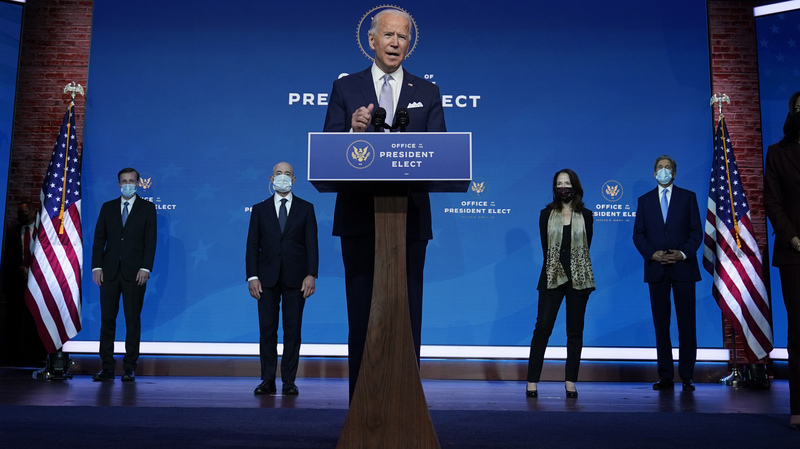